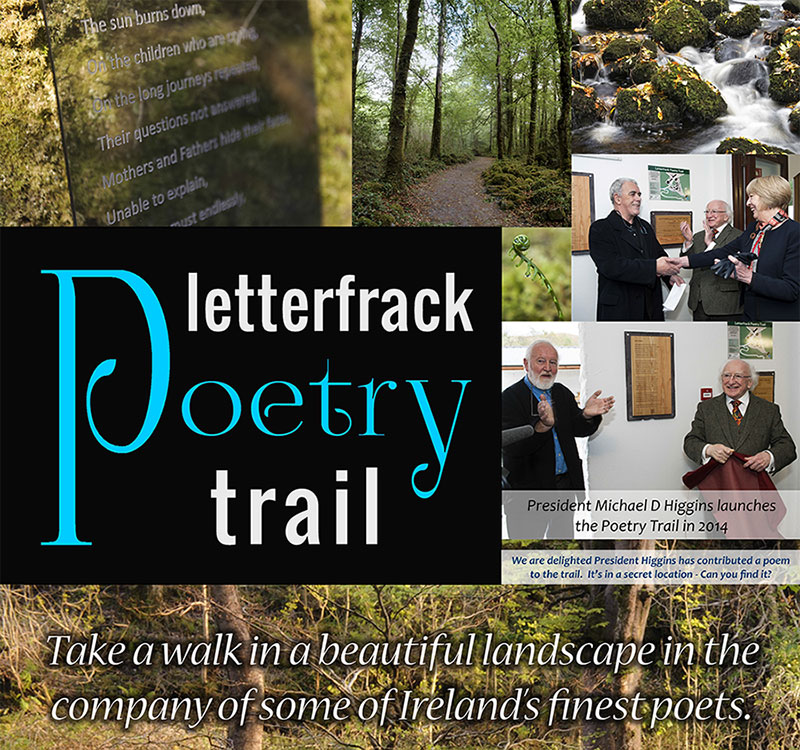 To mark its 30th year CEECC were proud to present The Letterfrack Poetry Trail which was launched by President Michael D. Higgins. The President officially opened the Conamara Sea Week Festival 2014 on Fri October 17th in Ellis Hall, Letterfrack; followed by the opening of the Poetry Trail in the Connemara National Park.

The Letterfrack Poetry Trail consists of nine specially commissioned poems on plaques in various locations. The poems explore the themes of place and are located in the Connemara National Park, the Connemara West Centre and the village of Letterfrack thus linking the three places together and making a very pleasant and thought provoking walk for our local community as well as for our many visitors. 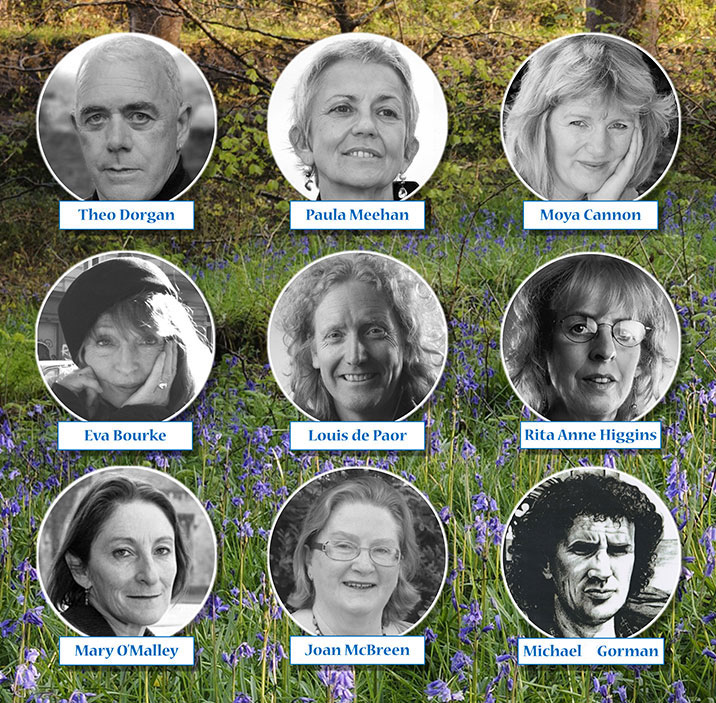 The poets involved are Paula Mehan, Theo Dorgan, Louis dePaor, Mary O’Malley, Joan McBreen, Eva Bourke, Rita Ann Higgins, Michael Gorman and Moya Cannon – some of Ireland’s most eminent poets. The poems explore the importance of place in all our lives. Some poems are site specific and others are more general in nature.

The plaques are designed by Conservation Centre Letterfrack and consist of larch wood on slate – the slate in question comes from the old roof of the Connemara West Centre – the former industrial school and the larch is a native timber well used in the boat building tradition of Connemara.

Today Letterfrack is a centre of excellence with over 500 people involved in education. But it is important to acknowledge our troubled history – moving from famine to the turbulent awful days of the industrial school to today where we mark the fact that our village is a vibrant working optimistic place – full of possibilities.

Click on the buttons below to listen to the poets reciting their poems: